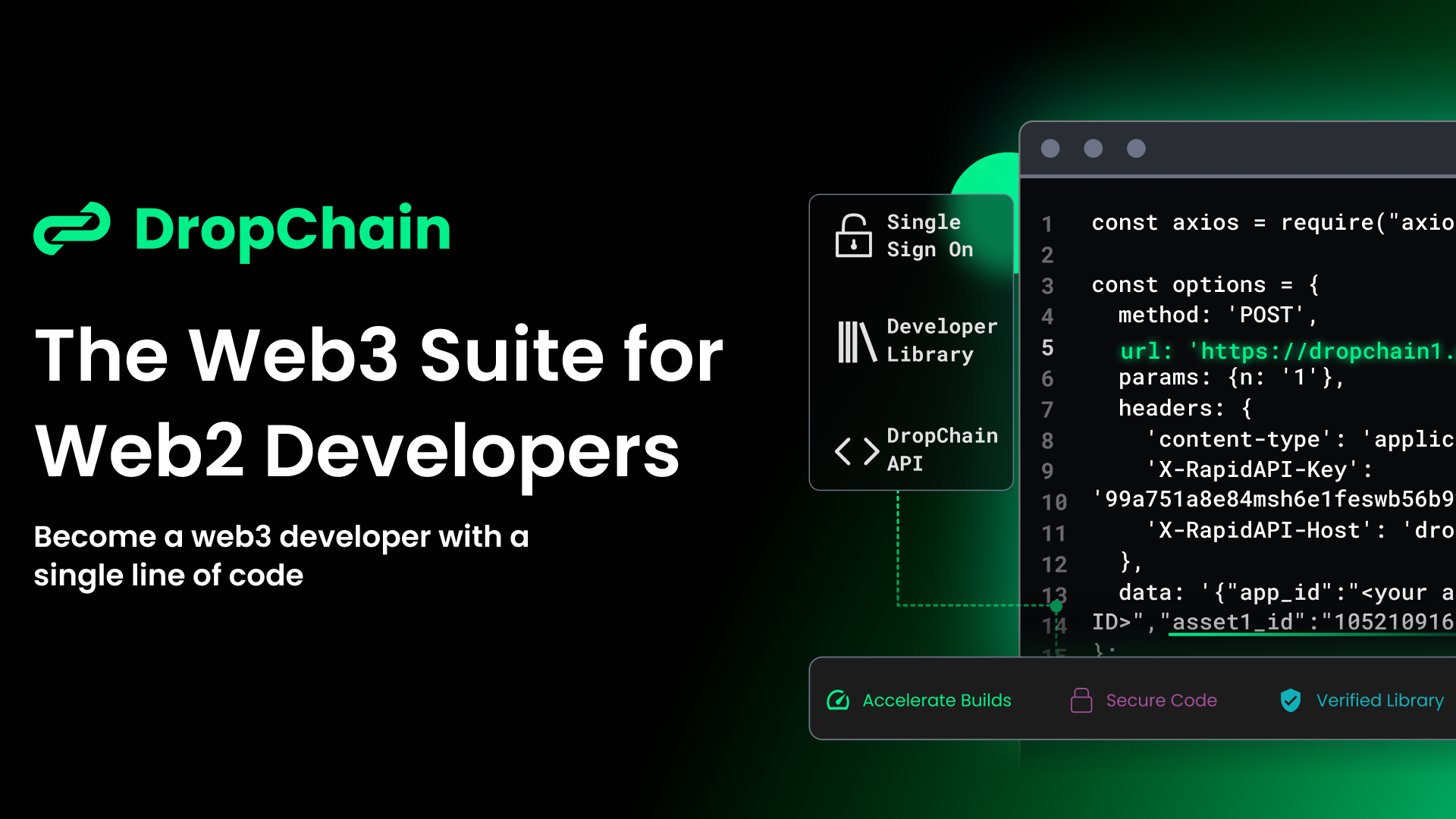 With DropChain, web2 developers can create web3 applications with a single line of code

With DropChain, web2 developers can create web3 applications with a single line of code

Webblen Labs, the company behind the Webblen mobile app’s web3 infrastructure, today announced the launch of its newest product, DropChain. As its name suggests, DropChain creates a “drag-and-drop” blockchain development experience for web2 developers. With the DropChain API, developers can enhance their web2 applications with web3 functionality using a single line of code.

“Web3 development is prohibitively difficult. If we want web3 to hit critical mass, creating web3 apps has to be just as simple as traditional web2 applications,” said Webblen Labs CEO Carter Razink. “DropChain will fundamentally change the web3 industry. Developers no longer need to learn an entirely different development skill set. With DropChain, if you can create a traditional app, you can launch a web3 app.”

Today, the DropChain API and its technology power two applications with over 30,000 users. Webblen and Odea, use DropChain to seamlessly onboard users without requiring any web3 knowledge - allowing blockchain tech to run quietly in the background.

Passport through the Metaverse - DropChain SSO

Blockchain applications have seen a meteoric rise among particular groups of technologists and brave early adopters. More than a decade in, however, the industry has struggled to onboard those who aren’t quite as tech-savvy.

As part of DropChain, the Webblen Labs team has created a single sign-on (SSO) method that will act as a user’s passport to the metaverse — allowing them to seamlessly log in to their DropChain accounts with conventional web2 sign-in methods.

For the developers of these apps, the SSO includes infrastructure that will safely store users' most sensitive information.

In the coming months, the Webblen Labs team will release an expansive repository of developer-made tools and audited smart contracts available to web2 developers to enhance their existing apps. These smart contracts will be automatically integrated via the DropChain API

The library will be a two-sided, community-driven marketplace. Web3 builders will have the opportunity to add to the library and monetize their code.