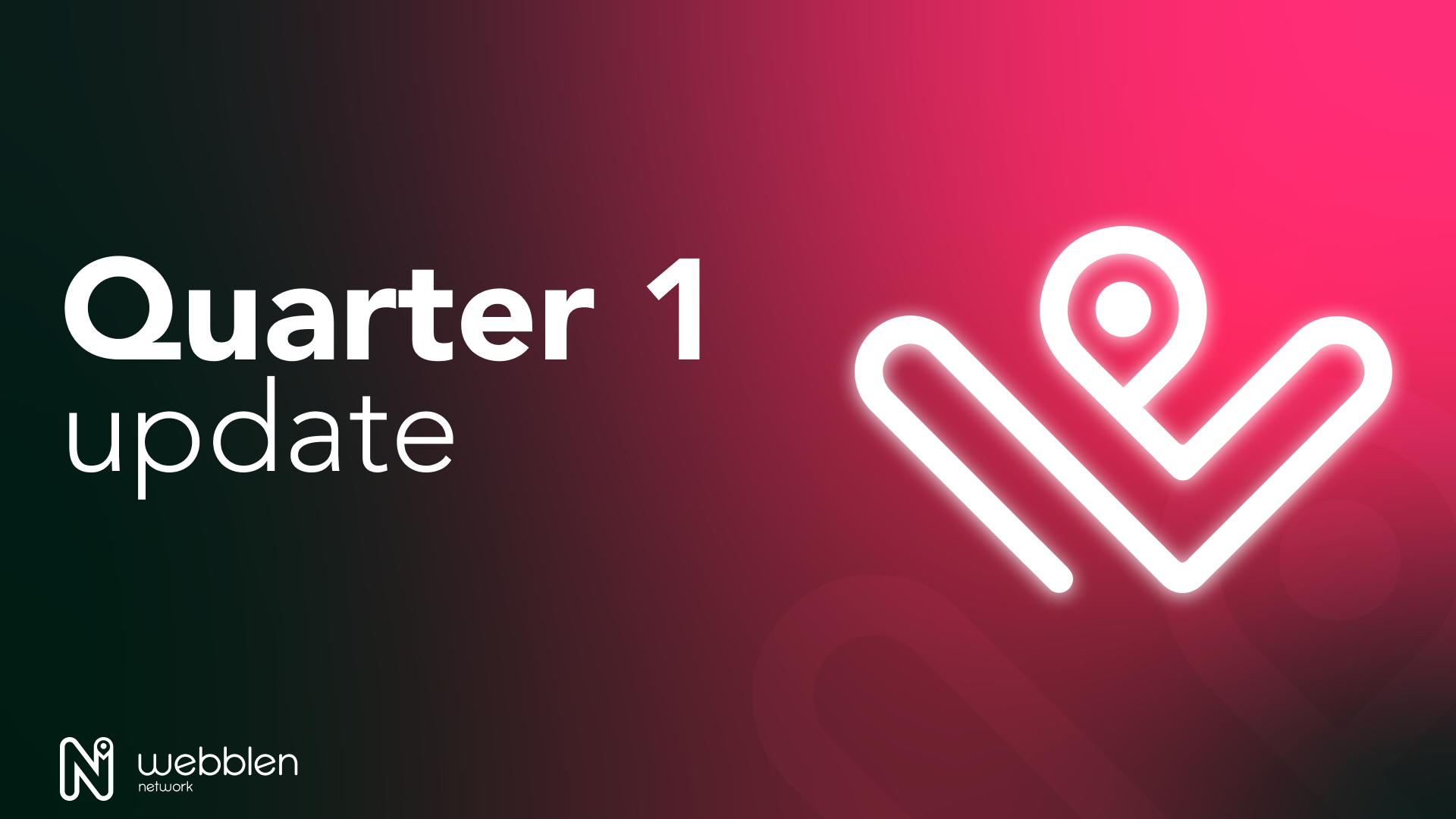 We aim to make these announcements and updates monthly and/or quarterly, depending on the speed of new progress being made. As we continue to grow, expect these to come more often!

We aim to make these announcements and updates monthly and/or quarterly, depending on the speed of new progress being made. As we continue to grow, expect these to come more often!

For those of you who don’t follow the People’s Webblen discord, you may not know that last week marked the official launch of the Webblen Network v1 Alphanet!

What does this mean?

The Webblen Network Alphanet is a public co-chain that anyone can run a node of and issue transactions on, just like the Algorand Network.

The goal of the Webblen Network Alphanet is to create a safe, simple, and seamless solution to onboard non-technical users into web3.‍

Additionally, multiple layer-1 upgrades are in the works to enable the secure development space for a DAO tooling suite. The foundational building blocks of the Webblen Network are Webblen Communities (a decentralized autonomous organization).

In order to maximize the potential for DAOs, or Webblen Communities, within the Webblen Social Economy, protocol-level tooling must be in place!

Today marks the launch of the Webblen Network White Paper v1.03 release. You can view it here.

In order to incentivize individuals to continuously support the WBLN liquidity pools, the mechanism by which the initial Webblen Network Treasury Bonds (WNTBs) will be distributed is changing.

Starting on Monday, March 14th, snapshots of WBLN/ALGO LP token owners will be taken, starting with the Tinyman exchange. These snapshots will occur once weekly between Monday and Friday. Updates about when these snapshots have occurred will be placed into the People’s Webblen discord.

These snapshots will have equal weight spread across each week. For example, if the BetaNet is launched in 12 week from now, the share of the pool that a person may have in 1 snapshot will be added as 1/12 of the 12 total snapshots used to determine WNTBs awards. Thus, early poolers who support the pool when the pool has less liquidity would have a greater share of WNTBs ”locked” for that week than if they were to pool closer to the BetaNet launch.

These weekly snapshots will occur until the Webblen Network BetaNet is launched. As additional Algorand decentralized exchanges are announced and launched, the LP snapshots will include these new pools.‍

The second update refers to the ability for Webblen Community to internally fork a Community in the event that a subset of stakeholders disagree with the direction of that respective community.

From the white paper: “All community users will have the ability to “fork” a community protocol in the event that it disagrees with the direction of the protocol and community itself. Any group of users can come together and create a “forked” version of a community with reset WCL and WCTB distributions to those who decided to congregate away from the pre-existing culture. This awards additional leverage to community stakeholders in order to maintain open community power dynamics and balance of incentives within the hands of those who create value.”

Throughout Bitcoin’s history, it has experienced multiple forks within its community. The most notable of these forks were SegWit and Bitcoin Cash, which stemmed from inherent disagreements on the direction of the Bitcoin protocol.

In the same way anyone can fork a decentralized protocol on Algorand, Ethereum, or any other application blockchain network, they will also be able to fork community protocols. In the event that the people within a Webblen Community disagree with the direction of their Webblen Community, they can “fork” the community.

This ensures that the power remains in the hands of the stakeholders that provide the Community the most value.